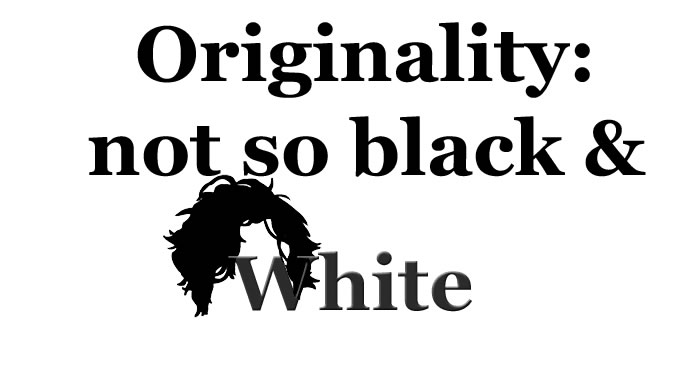 Some become fixated with fashion. Some fanaticize over sports teams. Some foam at the mouth just thinking about their favorite burger. I myself seem to be unremittingly fascinated with specific individuals.

I don’t spend my time developing photos, keeping extra prints and fanticizing about my life with these people, but I do develop a certain admiration. Instead, I tend to turn my idols into a Midas, counting everything they say, write, produce, and do, as complete gold. This is where I began to find myself with Mister Jack White.

I’ve always had an appreciation for White and it seemed the more I knew about him, the more I wanted to know; the more material I heard by him the more I wanted to hear. He is completely brilliant in a number of respects, making him quite admirable. I mean, how many talented musicians do you know that are casually upholster furniture on the side?

For a while, White could do no wrong. I even found myself captivated by his genius as I read an article about him in Rolling Stone. That is, until I came upon a section that caused pause. It is no secret tension exists between White and fellow Nashville artists from the Black Keys. White has zero reservations calling them out and goes as far in the article as to suggest they owe a large part of their style to him, saying, “I hear ads where the music’s ripping off my sound, to the point I think it’s me. Half the time, it’s the Black Keys.”

Though I myself am more likely to be found listening to Lazarretto than Turn Blue, I was completely put off by his arrogance, thinking he could somehow claim a more true originality than they.

Maybe they do sound like you, Jack White. But, so what? Because sounding like you only means sounding like those who influenced you in the first place.

When you get down to it, originality does not exist and to call oneself an original is not only a bold claim, but an erroneous one at that. Every song out today seems to be seething with the musical influences of those who came before.  The voice reminiscent of Dylan, the elusive guitar solo that brings Harrison to mind, the wail of this artist, the kick drums of that. How original is any of it?

Despite its seeming nonexistence, we all seem so enthralled by this idea of originality. I’ve even found myself ecstatic over finding a band I feel has real ingenuity, is completely unlike anyone else. This ecstasy is always short lived. It never fails that my Spotify suggestions or that song I heard on the radio the other day, lead me to a group with the exact same sound. Not to mention they started years before my so-called “original.”

In art, film, and everything in between, the human mind actively seeks that which it has not heard, seen, or experienced, not realizing nothing is ever as new as we’d like to think.

This talk may seem rather depressing, but let’s not be too quick to throw our hands up, dismissing art and its lack of innovation. Yes, it’s true the song you find to be oh so original was probably built from songs like it, but does this mean originality’s dead? Maybe it’s also true that originality in the most pure sense does not exist, but there is a certain originality in the orchestration of past influences to create something new.

A painter won’t be the first to use a brush. He won’t be the first to spread paint across a canvas. He won’t even be the first to add those dashes here or that touch of lighting there. It’s all been seen before. But this borrowing of styles or techniques is not void of new life. Perhaps the fluidity of Van Gogh, the muted tones of Whistler and the influence of his own vision can combine in a way that has yet to be seen. Though he cannot create a painting completely unlike any other, he can create a painting that is his own, one no one can create quite as he has.

Many artists share in this understanding themselves and realize the distinction that comes in making borrowed work your own. Thomas Mars of Phoenix puts it this way when asked if he copied from artists like Prince in his early writing- “Stealing was okay, copying was not. There’s a noble art in stealing… When you steal from something that’s really far from you it’s almost like you don’t copy because you interpret everything. I guess that’s what you call inspiration.”

This admittance to sources of inspiration is refreshing in light of artists like White who’d like to claim autonomy over originality in one form or another. Artists should instead accept the ebb and flow of influence that exists in the music industry. Over borrowing exists, but it’s not the norm. And it’d be foolish to convict the Keys of such a crime.

When looking at songs on both Lazaretto and Turn Blue, there is some overlap. In both “High Ball Stepper” and “In Time,” there are clear blues influences and similar drum patterns, but each have their own unique sound. “High Ball Stepper” brings in a more garage sound, while “In Time” has a smoother finish. Both Jack and the Keys draw from similar influences, but I find myself in a completely different place depending on the song. By no means are Dan and Patrick trying to escort me to the land of White. They’d much rather I Turn Blue.

It’s quite frivolous of Jack White to point fingers at copycats when he seems to do a fair share of copying himself. In a hilarious twist of irony, only four short months later in the same publication where Jack ranted about “watered-down” versions of his originals, Kinks’ guitarist Dave Davies called out White’s alleged novelty. In Davie's album reviews in Rolling Stone, he had only two lines with which he spoke on Jack’s Lazaretto: “This guy is really talented, but he’s obviously listened to a lot of people. It sounds a lot like the Mothers of Invention and a band called Tone on Tail.” So much for being an original.